Air travel in Africa is picking up again after the major COVID-19 shutdown. The actual or announced resumptions this week are as follow:

Afriqiyah Airways started offering flights between Tripoli and Khartoum this week, twice a week on Mondays and Thursdays.

Resumption of routes between Entebe (Uganda) and Bujumbura (Burundi) announced by Uganda Airlines from Friday 20th November, twice a week, on Tuesdays and Fridays. 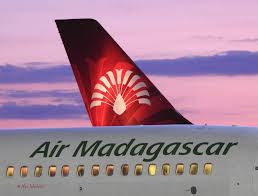